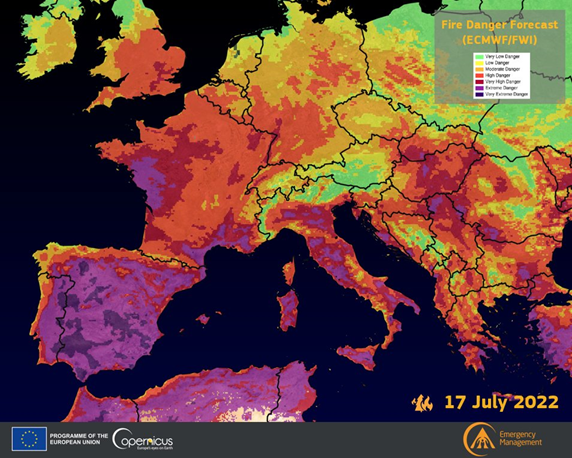 This is a time of year when people generally are looking forward to a break, a period of reflection and relaxation. It is the summer, hot, long days give us a chance to be outside, to throw off our clothing, dip our heads in some clear sea or river water, and soak up the copious supplies of Vitamin D which will fortify our bones and bodies, in preparation for the winter. It is no different for us, in the world of academic public health. However, this year, more than any other perhaps, public health is once again the party-pooper. Europe and the world again face the Four Horsemen of the Apocalypse, war, pestilence, famine, and death, and it is our job to be the soothsayers, the harbingers, not of doom perhaps, but of very serious, even existential threats.

The COVID pandemic continues, with the newest subvariants of the Omicron wreaking havoc, and many wealthy vaccinated nations following the UK lead and ignore it completely.   Monkeypox is following close behind; we are slow to learn from our COVID pandemic experience, as we face down this latest zoonosis with pandemic potential.  The World Health Organization has just  announced monkeypox as a global health threat. The COVID position, European and global is set out in the accompanying blog,  COVID-19 carrying on unchallenged.

Climate emergency has been with us in the northern hemisphere since the spring. It is only now it is here big time in Europe, that we sit up and notice.  Tara Chen and I reflect on Europe’s hottest week in a separate ASPHER blog in this newsletter. On July 7th, ASPHER launched the next stage of its EU Health policy platform partnership network on climate change and health education. My presentation on ASPHER’s ambitions for this work can be found here. I was also pleased to share a similar presentation with colleagues from the World Committee for Life-Long Learning, a partner of UNESCO, at the Parisienne Cite des Metiers. This was an opportunity to bring together the communities of adult education and science with a public and global health agenda. Thanks to Prof Henrique Lopes, from Catolica University Lisbon, for driving this important work.

Climate breakdown, the cost of living and good housekeeping

To the climate change deniers, breaking our habit of fossil fuel use should still be something you want to do, because it’s good housekeeping. The immediate and obvious problems of gasoline addiction are now the increasing cost of food and the cost of living.  Renewables and carbon-free goods and services out compete oil and are the clear way to go.  The more we can liberate ourselves from fossil fuels the less we are under the political cosh of major producers whoever they are. It makes good sense for our pockets and our planet, to insulate, conserve, live lightly, and generate renewably and as close to home as you can. 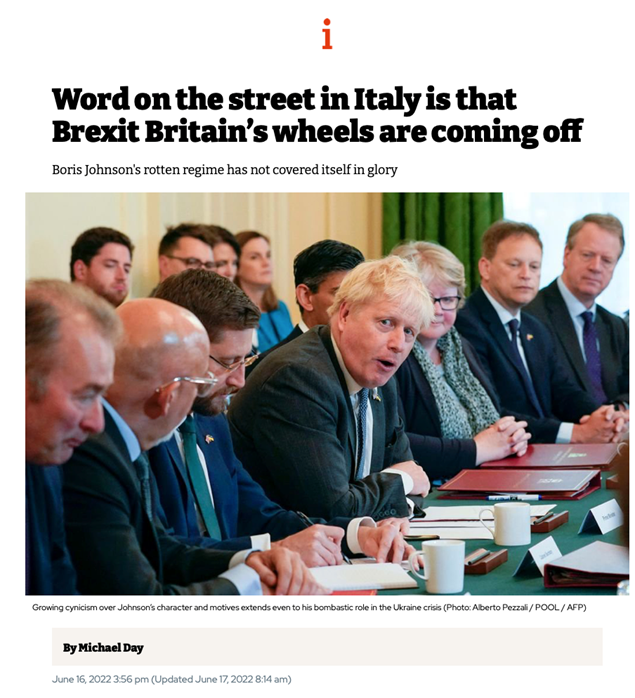 June 23rd marked the six years anniversary of the United Kingdom vote to leave the European Union. In the years after that we have seen the destruction of British democracy, the further impoverishment of the poorest people, who voted for Brexit, cost of living rises greater, and average earnings less than any seen in European Union countries. We have seen the erosion of environmental standards in our agriculture, air, land, and water management. And we are seeing a new threat to UK Human rights. In the meantime, we have also seen the UK continue its trajectory towards ‘Singapore-on-Thames’, a paradise for billionaires, but very few else. You can read my thought on this in blog 4. 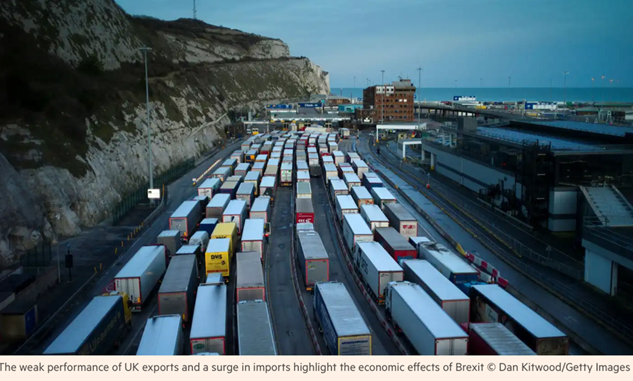 The end of an era in British politics? 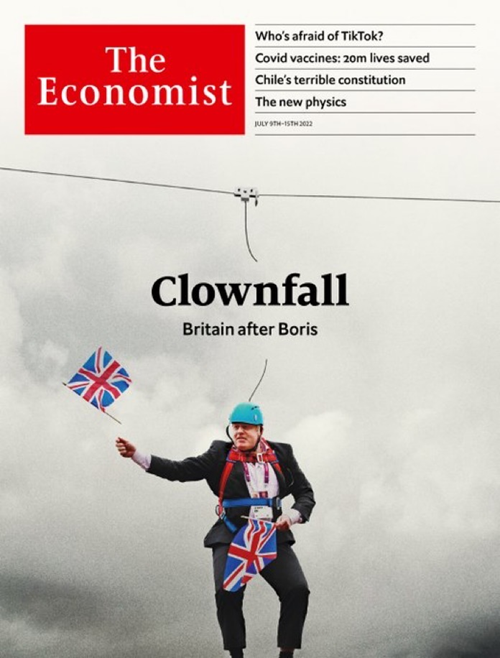 We have seen our parliamentary democracy debased by the Boris Johnson regime. The clown prince of British politics has finally fallen, but not before the climate of criminal deception in politics has become the established way business is done. His ludicrous, heartless claims to getting all the ‘big calls right on Covid’ are a sham, and his overall record on health appalling.

Global Britain is now at best, a country to be amused by, a subject of ridicule and derision. At worst, it is a country which can no longer be trusted to hold to international law, let alone expand and improve it.  It is dangerous and deluded, dreaming after imagined colonial glories and pretending the government is working. The actions of the Johnson regime over its short life have been callous, cruel, careless, and uncaring, and corrupt. Johnson may eventually have been forced to resign, as minister after minister could no longer live with the volume and magnitude of his lies, but they had been willing to support him until the recent vote of confidence, and if it suited them to keep their positions of power, influence, and self-advancement. It is a culture of greed and selfishness, led from the top, but we cannot expect any less duplicity, competence, honesty, and care from the successors.

In the UK, a procession of major disasters has arrived-ambulances on level 4 black alert across the country, heatwave, great fires of London. Gridlock Dover is just the latest major incident. All of these have been passing by alongside the dreadful comedy of the Conservative party looking to elect a new leader, and therefore a new head of state. A danse-macabre has been playing out with the candidates each trying to outdo each other in the awfulness of their claims Rishi Sunak former chancellor of the exchequer, flew back to Britain from the USA in December 2020 to prevent a new lockdown, saving Christmas and the economy and leading to a peak of more than 1700 deaths a week in the Omicron wave. Liz Truss current foreign secretary confesses she was wrong to campaign to stay in the European Union in 2016. All the candidates were luke-warm in their commitment to net zero.

The Russian onslaught in Ukraine continues. Depending on whose sources you look to,  Russia is looking to expand its offensive and its objectives; or Ukraine has gained a tactical advantage with its new consignment of HIMARS missiles from the USA, and Russia is about to run out of steam. Sadly, for our Ukrainian colleagues, whatever the situation, it is now less prominent on our TV screens. Europe continues to field the extraordinary burden of refugees; the world continues to face starvation as the grain supplies it relies on from Ukraine and Russia are held up or destroyed. For a moment, there was cause for some optimism as a deal was agreed for the export of Ukrainian grain. To get to this, meant negotiation, diplomacy, was happening. Then just to remind us of the reality, there was a cruise missile attack on Odesa. The war grinds on.

Brexit, the Ukraine conflict, the rise of populism, the corruption of democracy, global inequalities, the rise of oligarchs and the super-rich are all inter-connected; they are all part of the same geopolitical landscape. It is a landscape which the public health community is inadequately aware of and poorly prepared for. The overwhelming geopolitical forces at play are anti-science, anti-equality, anti-health, and anti-human rights, and they lead us to war, climate disaster, environmental squalor and enforced migration and slavery.

We need a stronger grasp on the geopolitical world, as ASPHER intern Tessa-Maria Brake discovered in her interviews with public health colleagues in Brussels during her internship. We need to understand the world of ‘The Sovereign Individual’,Disaster capitalism,surveillance capitalism, religious fundamentalism, commercial determinants of health and the subversion of science by the ‘Merchants of Doubt’. These are mindsets and political environments we inadequately explore. It is clear the public health community needs to understand more the role of surveillance capitalism as a force subverting consumer expectations and behaviour, adding to the disinformation of anti-vaxxers, creating a climate for war, but also undermining how electorates think, feel and vote.

Human rights, as a public health issue, have also never been more important.  The awful decision of the American Supreme Court to overthrow the Roe vs Wade ruling on a woman’s right to abortion is an issue for everyone, not just for Americans. ASPHER supports the statement made by EUPHA,  ‘Reproductive rights are human rights’ following the Roe V Wade judgement.  Around the world, fundamentalist actions will be organising further to take away women’s reproductive rights.  Already we can see how it works. Humanists UK Association have drawn attention to the deletion of a passage on abortion and reproductive rights in a recent international statement on the Freedom of  Religion or Belief, drafted by the British Government, from a conference on 5-6th  July 2022. Governments of Denmark and Norway, have protested the deletions of the text they signed up to, as has the UN Special Rapporteur on Freedom of Religion or Belief, Ahmed Shaheed.  ‘Claims that freedom of religion or belief can be invoked to deny women and girls the exercise and enjoyment of their sexual and reproductive health rights have no foundation in human rights. Rather, such claims must be rejected as representing intolerant and patriarchal attitudes that deny the equal rights of men and women to freedom of religion or belief. Such claims especially ignore that freedom of religion or belief also guarantees to women the right to bodily autonomy and conscientious choice.’  It begins to make sense that the UK government doesn’t want to stay with the European Convention of Human Rights. We must all be prepared to support the rights and freedoms of women and girls, despite the apparent backward step of Roe v Wade.  We need to commit to all human rights. Full stop.

Corruption has long been recognised as a destructive force in health care provision, but state corruption that keeps people in states of poor health is spoken about and condemned much less.  I was shocked to find my country featuring less favourably than I would have imagined in a presentation on corruption by ASPHER young professional, Alejandro Gonzalo-Aquines. He has now summarised his findings in an ASPHER blog. 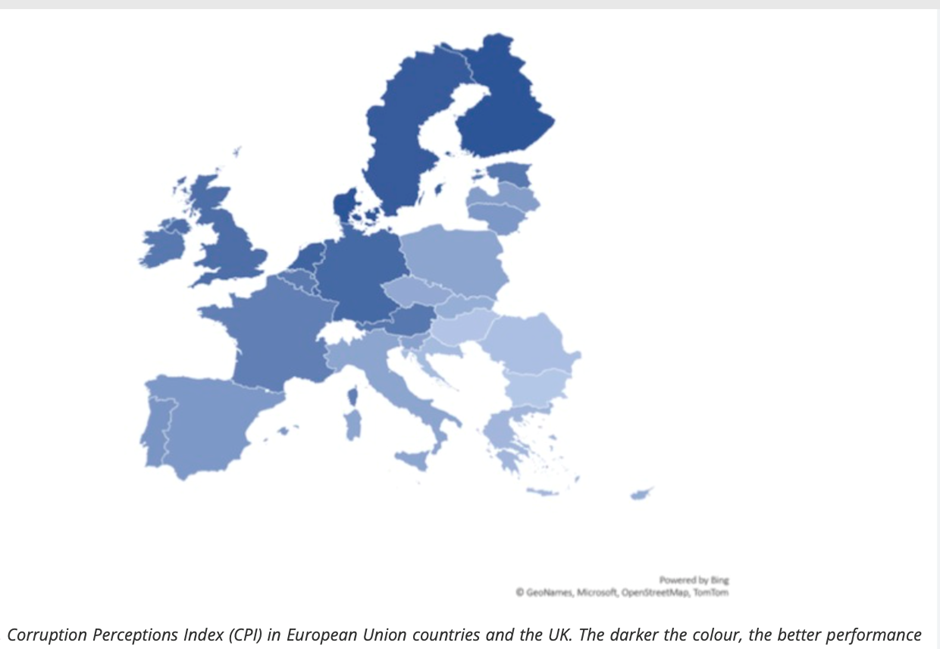 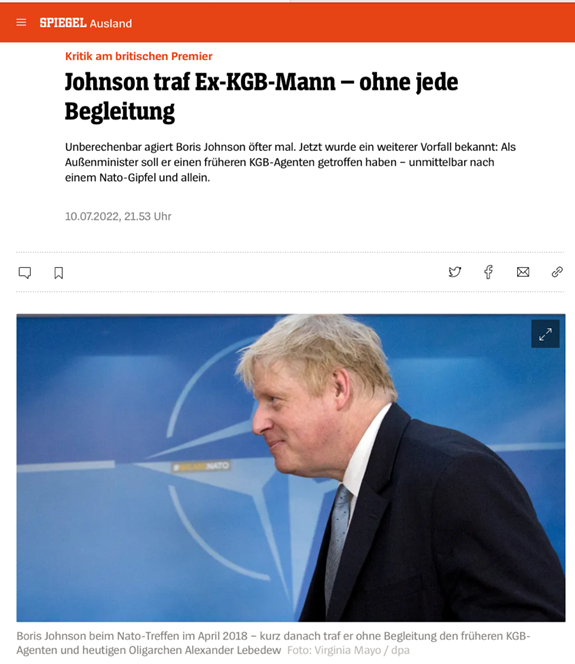 We are beginning to understand the corrupt influence of Russian money on the City of London and the Conservative party. Londongrad has been the playground for Russian money in the years of austerity Britain. Russian money has bolstered the personal and party coffers of the ruling Conservatives and potentially compromised policy makers. And it has undermined the actions and accountability of our former Foreign Secretary and soon to be ex-Prime minister Johnson.

Questions remain about whether Johnson’s actions criminally compromised  national security. This can be discussed in the press in Germany, Italy, or  Cyprus, but only rarely in mainstream media in the UK. And was Britain, and Johnson played by Russia, to Brexit?

The spring and summer have continued to be a busy time for ASPHER. For once, I am not going to repeat the actions we have made on your behalf - you can find these well set out by our wonderful Secretariat, Robert, Lore and Tatiana in this newsletter. Thank you to all the Secretariat for your help and support over these recent months. Thanks to everyone for reading. Have a nice break.